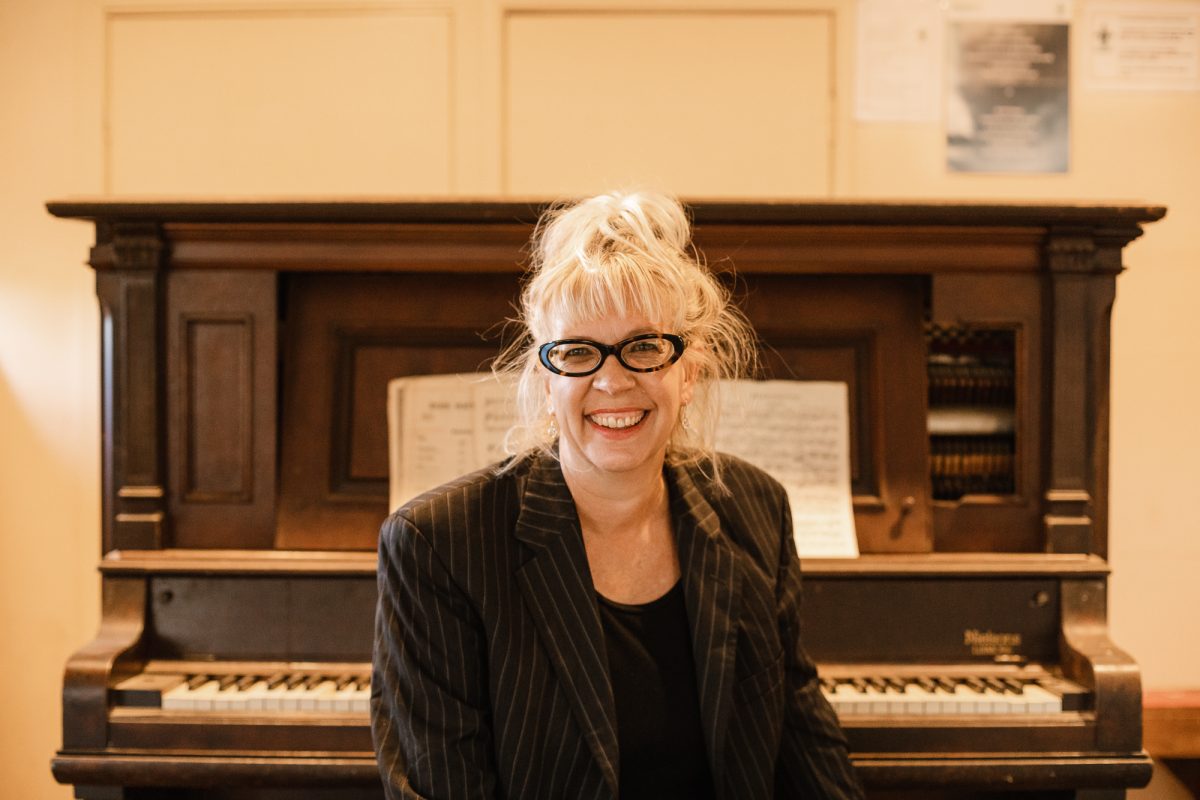 I am a choir leader, songwriter, event organiser and performer.

In 2023 I run two types of singing groups for people who like to sing big!

1. Big Song Sessions for well being – a drop in weekly class in South Golden Beach and Kingscliff

2. Big Voice Choir – a community choir that works on fabulous exciting beautiful repertoire, meets on Mondays during school terms, and occasionally performs for good causes that the choir is passionate about.

Big Song Sessions for Wellbeing are designed to discover and explore your voice in all its wonder – as music, as therapy, and a simple and profound means to experience the divine and invisible forces within and around us. Everyone is welcome, whether you are just beginning to experience the awesome power of your voice, or you are an experienced singer seeking to deepen your relationship with sound, rhythm and music.

Big Voice Choir starts for 2023 from Monday 16th January at Brunswick Picture House in Fingal Street, Brunswick Heads from 5.30 to 7.30. This is a 10 week term.

This is a creative community activity for people who have experience singing in choirs, and we sing a fabulous selection of pop, folk, protest and original songs.

I am based in the Northern Rivers of NSW, Australia.

Welcome to the Choir!

Big Voice Community Choir is directed by Janet Swain. Starting in 2017 based at the Brunswick Heads Bowling Club, directed jointly by Janet Swain and Adrian Brett. Adrian left to purse other interests and Janet has run the choir ever since.

Moving to Brunswick Picture House in 2020 where we enjoy the energy, sometimes chaotic, of this amazing lively performance venue.

We sing a broad range of songs and people find their comfortable voice place in the choir.

Singing in a choir is a really wonderful thing to do – connecting with community, singing beautiful uplifting songs together, and making great friends.

The first Monday of each term, new people are able to come and check the choir out to see if it works for them.

Once you join, there is a small joining fee of $25 that covers administration. There is a committee of volunteers who help with the running of the choir. They meet twice per term before choir rehearsals. 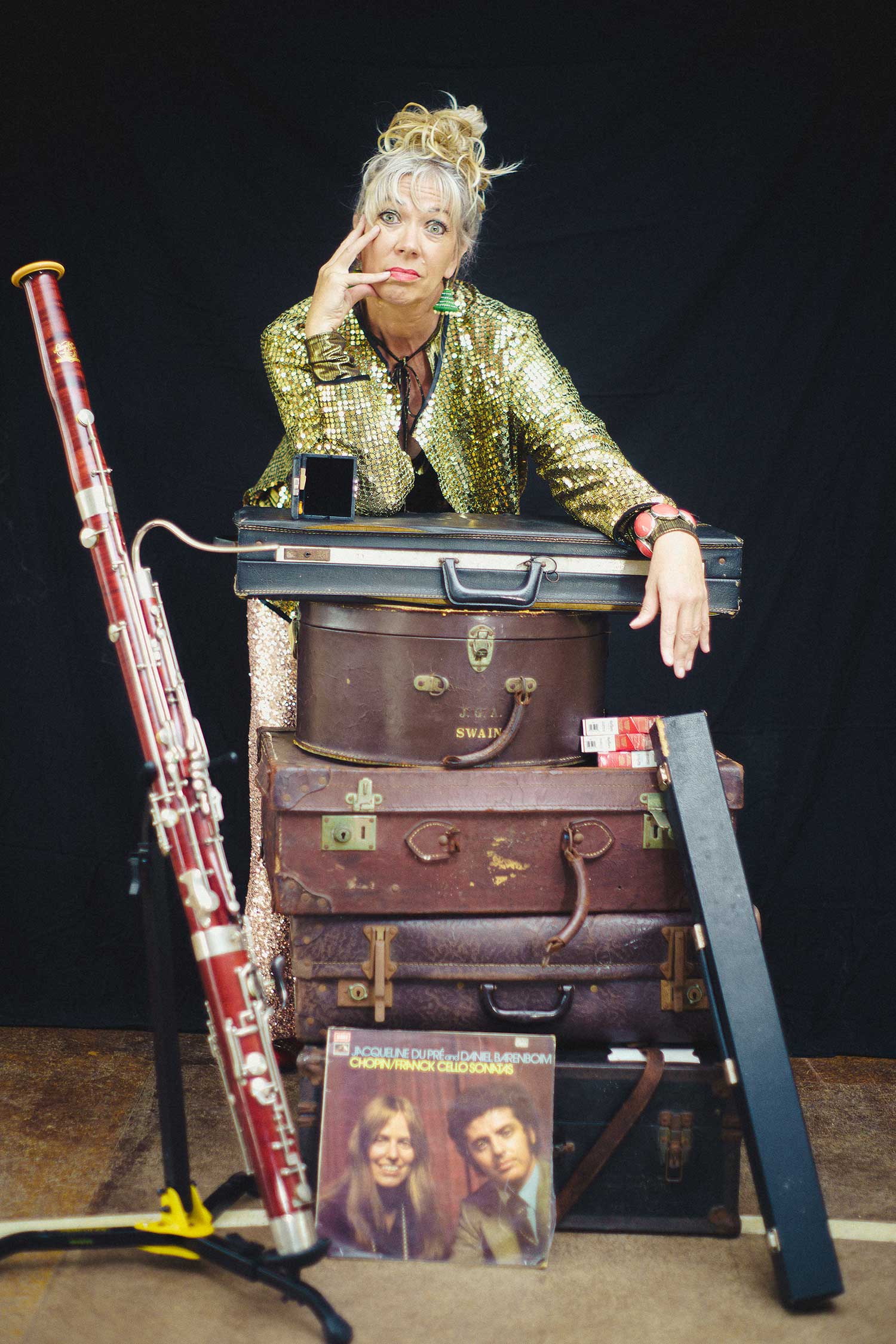 A solo show by Janet Swain.

The show will be performed at Laycock Theatre in Gosford in February 2023. 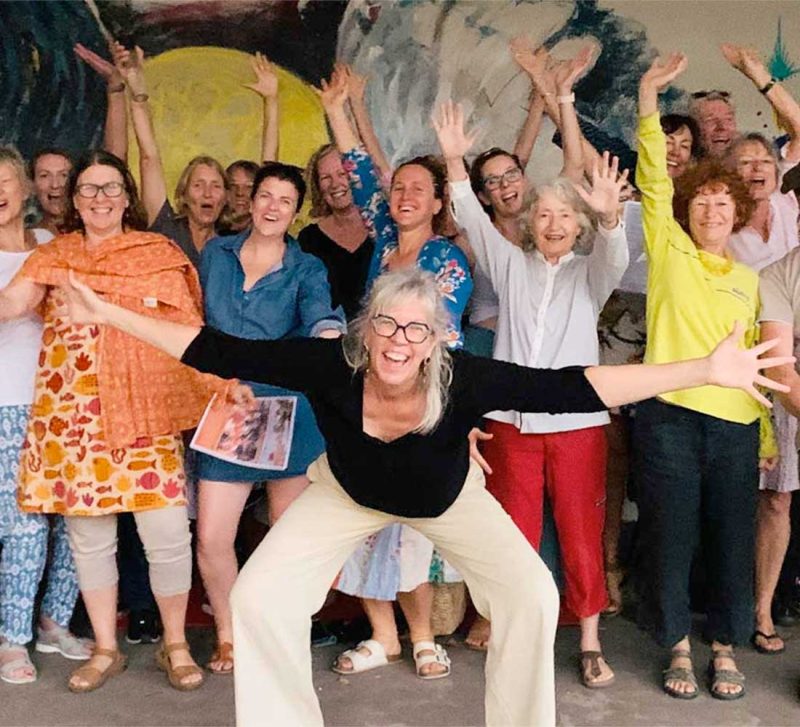 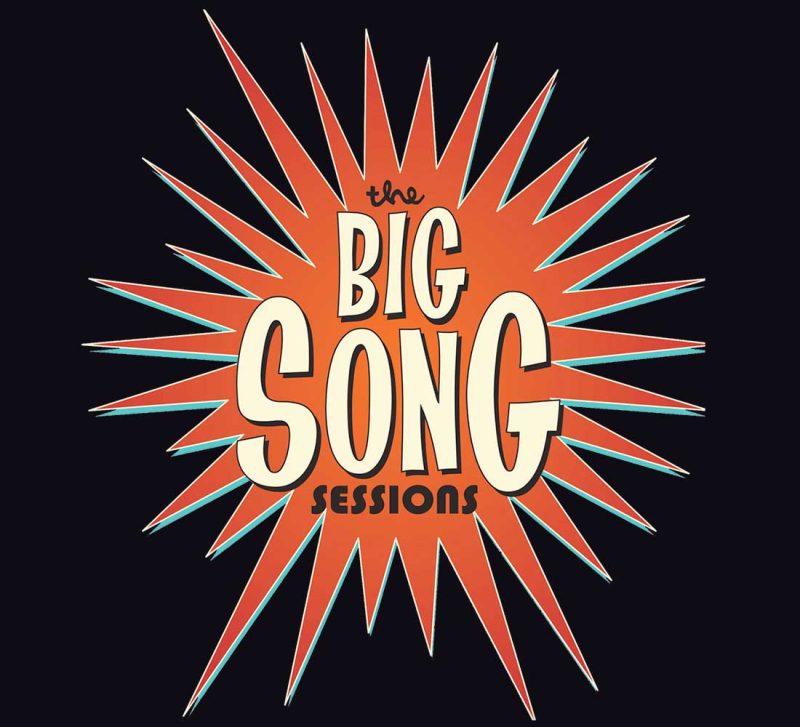 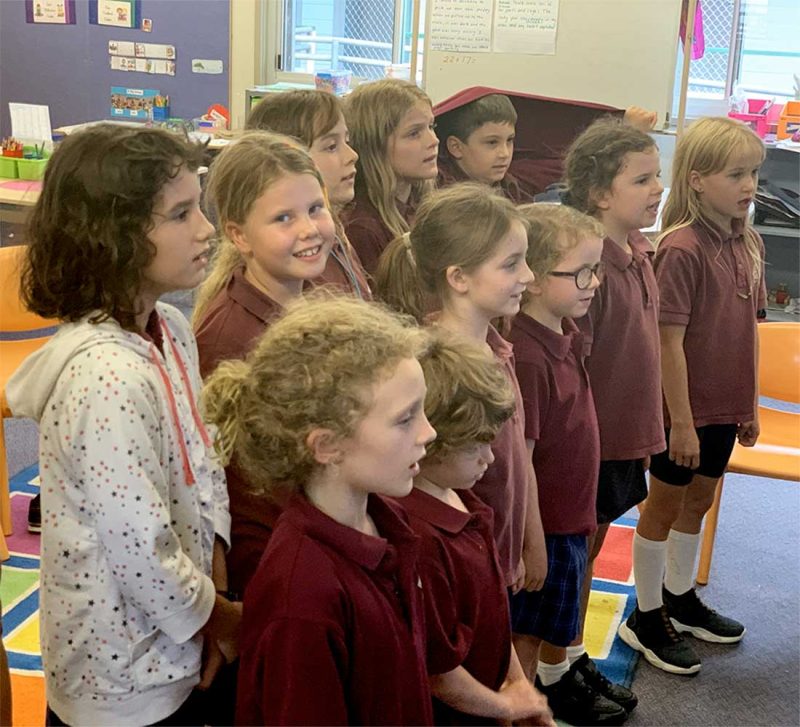 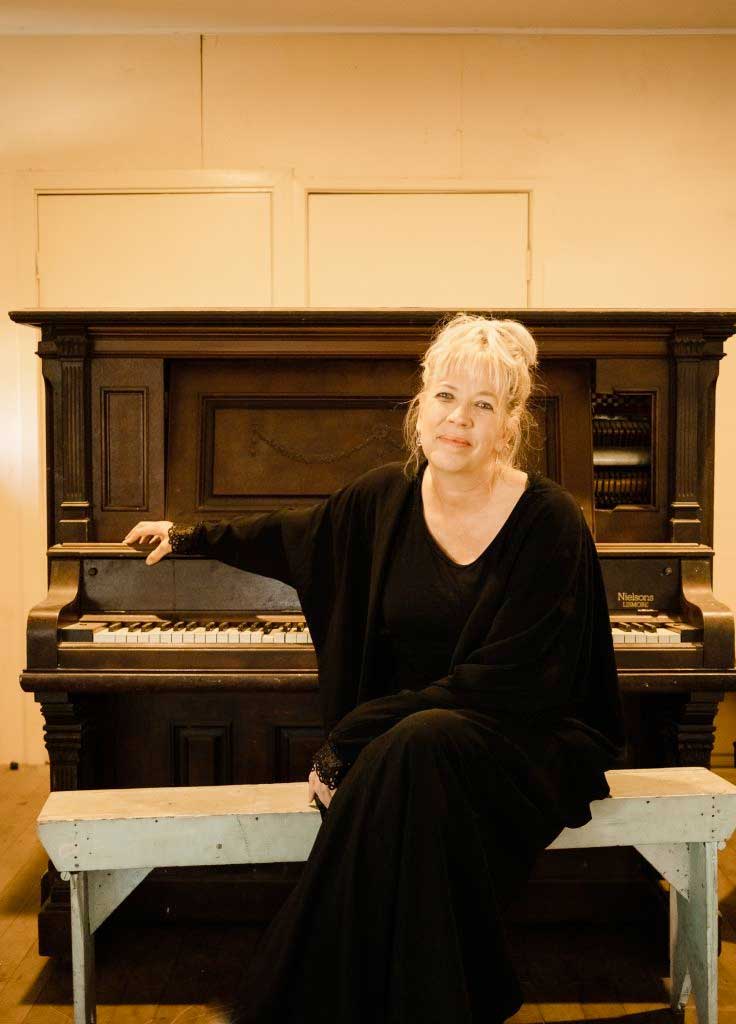 After many years of study and performance, in 2000 Janet Swain founded Song Dynasty Music and for the past 20 years has worked with several choirs comprising of both adults and children. Her greatest passion is the work she has done with many community choirs, backed by a belief in the importance of singing and song for all people, not just trained musicians. Janet works as an artist teacher in schools and community centres, for workshops, and summer camps. She has been widely successful in producing a numerous large-scale community events including several massed choir performances, involving the administration, creative direction, composition, organisation and teaching of large numbers of adults and children. Recently, Janet was instrumental in the organising of the inaugural Festival of the Voice in Brunswick Heads in 2019, and the current Song Dynasty Bite Size Events – a series of boutique high quality unique events in small local venues – which are (re) scheduled for December 2021.

She has also prepared backing choirs for Josh Groban, Delta Goodrem, Mama Kin Spender and Tones and I.

Committed to developing a strong sense of community and identity through music, especially song, and also creating original compositions for singers of all levels, Janet’s work is grounded in a strong belief that song and singing is a key to understanding different cultures, belief systems and religions. Projects in the past include a combined choir of local Sydney Chinese, Argentinian and Australian Seniors, as well as creating diverse multicultural choirs in partnership with the Australian Migrant English Service in Sydney.

Janet is also an award winning songwriter, and apart from her own projects, she has been commissioned to write songs for schools, events and communities. Her solo CD, Spine, showcases her abilities as songwriter, arranger, instrumentalist and singer.

Over a diverse, accomplished and eclectic musical career, Janet has lived in Tokyo, Kuwait and Singapore, and worked as an English teacher with the British Council in Singapore for 3 years.

In June 2014 Janet moved home with her family to Mullumbimby, in northern NSW, where she currently runs Big Song Sessions, teaches music in a local primary school, performs with The Loveys and Dynasty8 Chamber Choir…and continues to donate her time and creative energy to a number of projects, committed to doing her bit to keep the local performing arts community vibrant and strong.  She plays piano, bassoon, and ukulele.

The Power Of Music

The force of music Music can give us pleasure [...]

AFTER DISASTER PROJECT Stories, Songs and reflections LINK TO [...]

“Janet has a particular gift for communicating with a broad cross section of people of diverse ages and backgrounds. Participants speak highly of her skills, commitment, enthusiasm and inspirational teaching and performing techniques.”

“Janet has done a wonderful job of administering this project and it has been an absolute pleasure working with her. The manner with which she conducted this program and the professionalism throughout has been exemplary. I hope to have the pleasure to work with her and Song Dynasty again sometime.”

“Janet has excellent communication skills and an intuition and “feel for the room” that is often difficult to find. In addition, she is extremely organised and reliable but at the same time has a much appreciated flexibility to adapt to any surprise situation with enthusiasm and dedication ensuring outstanding outcomes.”

Marsha Gusti, President, Kwaya Australia
Page load link
KEEP UP TO DATE
Subscribe to our Newsletter
Subscribe today and receive all the latest updates and upcoming music events!
Give it a try, you can unsubscribe anytime.